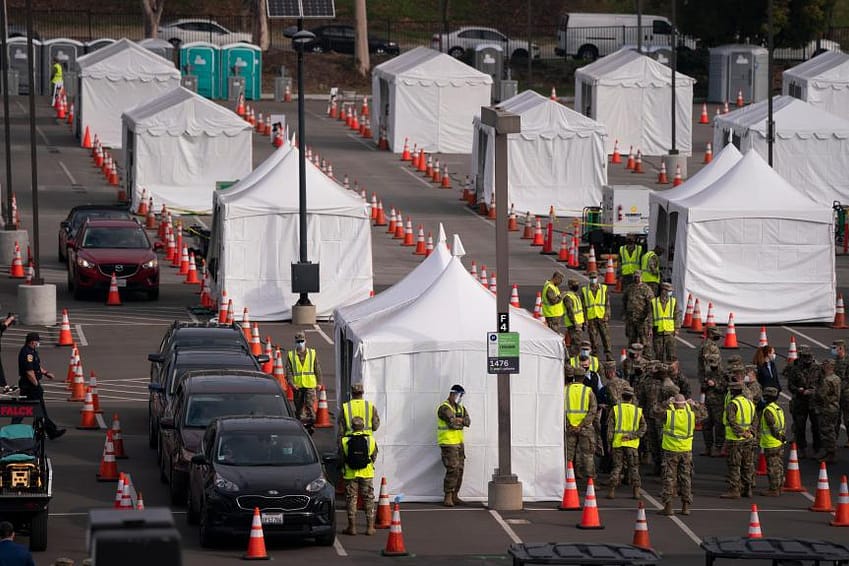 California’s new system of delivering, tracking and scheduling coronavirus vaccines is being rolled out in select counties — including Riverside County — a first step in Gov. Gavin Newsom’s plan to smooth out what has been a confusing and disjointed rollout hampered by limited national supply.

Newsom announced last month that his administration had tapped insurer Blue Shield to design and manage a centralized system to get doses out quickly and equitably. He said the state also needs robust data to ensure vaccines are distributed equitably and reach low-income communities, largely Latino and Black, disproportionately affected by the pandemic.

An initial list provided by the state showed 10 counties in the inland sections of central and Southern California chosen to be the first to make the transition to the Blue Shield system this week, although one county said Friday it would shift later. While the counties understand the goals, there’s confusion about what changes will occur.

Counties in the initial group include Riverside, Fresno, Kern, Kings, Imperial, Madera, Merced, San Joaquin and Stanislaus. Starting March 3, another group that includes Los Angeles, which has 10 million of California’s nearly 40 million residents, will be added. San Francisco is among the counties being added in mid-March, though the dates and counties in each group are subject to change.

As of Sunday, Riverside County had yet to receive confirmation or further details from Blue Shield or the state regarding the new delivery system, according to Brooke Federico, the county’s spokeswoman.